Now, I did mention that there was a blog tour afoot…

Part of my brilliant plan, so the internet doesn’t crash out altogether with all the blogging and sharing and reviewing that’s going on is that while the actual ‘Blog Tour,’ is trundling along for February, in March I’ll repost most of the tour to these pages so I can hold on to a record of what I’ve been up to and where the book has been and also in case… you know… people are actually interested — yes indeedy!!!

In Februay I did drop into Rachel’s Random Reads. Aria Fiction asked me to do a guest post and this is what I came up with:

This link should bring you straight to the post:   Rachel’s Random Reads -FaithHogan

Now, in case my linking is not what it should be, I’m including the text here: 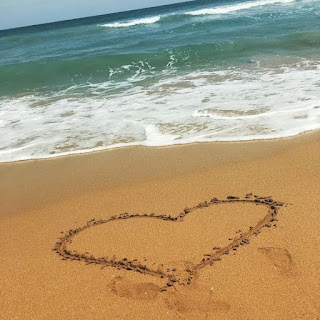 I can’t believe I’m writing this, but I think my second book is a love story…

Maybe it was the place or perhaps it was the characters. Iris and Kate are two women you have to like; you have to root for, because they are just like us. They are looking to make the best lives they can from what they’ve been given in life. They’ve made mistakes, they have regrets, but they are moving forward and they still have the capacity to dream – even if it deserted them for a while.

When I began to write Secrets We Keep, I had just sent off my first book, My Husbands’ Wives to the agent. I knew that the notion of sitting and staring into space was not an option for me, hanging about isn’t my style. I would go bananas fretting about what was happening to my first book if I didn’t immerse myself in something new. The idea for Secrets We Keep had been bubbling in my brain, one of those that float around while you’re up to your eyes in something else. It had enticed me from the side-lines for a while and suddenly, there seemed to be no good reason not to write it anymore!

It has become a bit of both and a whole lot more.

However, it was at the end of the writing process, that strange time when you’re on the last fifteen percent that I realised it was becoming something else entirely. It felt like the parcel wrapping was coming together and only gradually letting me in on the secret. Four lives were falling into place and as each character reached their destination; it seemed they had been on a path I had not realised.

It was a little like life. Isn’t it often the case? The best things in life fall into our laps unexpectedly. But then, with the wisdom of hindsight, you realise that perhaps they were meant for you. Some people are just meant for each other.

This is a love story – maybe not the one you expect, but then love comes in all shapes, sizes and guises. We would be very foolish not to grab it when it arrives, even if it comes when and where you least expect it. Perhaps it’s true that even the Secrets We Keep can’t keep us apart if we are meant for each other #MFEO

Thank you so much Faith for sharing the writing journey for Secrets We Keep with us.