Jaffa Reads Too – Inspiration for Ballytokeep

Well I just thought I’d drop this in here….

It’s the third stop on my blog tour from February where I dropped in on the lovely Jo and Jaffa at Jaffa Reads Too! thanks so much to both of them for having me on their lovely, eclectic and very busy blog!!  Here I’m talking about the inspiration behind SECRETS WE KEEP…

You can link  onto the blog post here at JaffaReadsToo 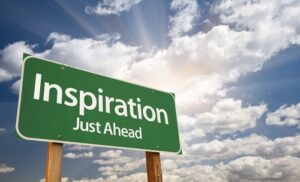 I have a confession to make….

As a writer, I’m blessed to be surrounded by inspiration! You see, I live in the west of Ireland – far away from the big city and bright lights. We have the Ballycroy national park just out the road and Beleek woods only a walk away. Our landscape is littered with the remnants of a history both creative and bloody, our folklore lives on in the images and sounds that dominate our pageants and festivals to this day. The Atlantic Ocean sweeps up to our doorstep.

The best novels, for me, are the ones that hand over a starring role to a sense of place. The Nordic writers like Menkell, the Scotts, like Rankin and all the great American’s from Ann Tyler through to Stephen King, have one thing in common and it travels across genres – it is a sense of place.

When it came to writing my second novel, I very much wanted to write something that featured where I live. I wanted to capture a sense of the beauty and community, I wanted to show that love can be a very different thing when you take it away from the distractions of city living and that sometimes, taking away what we think we are can leave us with who we always hoped we might be.

As a child, my mother brought both myself and my sister to the nearby Ennsicrone beach every Thursday during our summer holidays. It was a big deal – our day out. We travelled by bus and it didn’t particularly matter if the sun was shining or if the beach was wetter than the sea – when you’re six, the rain doesn’t really count if you’re having fun.

We would spend hours on the water’s edge, never allowed to go too far because my mother was no great swimmer. Often, we would pitch up on the large flat basalt rocks that are a feature of the beach. Enniscrone has five miles of golden sands – but at its town end, it is perfectly chiselled for picnicking. At our backs – the Cliff Bathhouse, a small white castellated building that always intrigued us. Even then, the bathouse looked as if it had been closed for many years. My mother would say, she could remember it being opened, but then, times change and at some point, a new bathhouse was built on the main road high above the rocks. As with all new buildings, it was bigger, more spacious and more modern and the older building fell into disrepair and closed.

In our childhood, the Cliff Bath House seemed to represent all that was different and alien to this holiday place compared to our own small town existence.

Later, as I got older and we visited Enniscrone with our friends, the Bathhouse still stood there, a silent, squatting overseer, reminding me of those days of innocence and fun. As I got older and began to walk along the beach in all weathers the bathhouse has been a point of focus and very often, we would talk of the possibilities that it might present, if one had the time or the energy or the opportunity.

It was one evening as I was walking back along the beach that I realised, I do have the opportunity to do something for the Cliff Bathhouse. I could make it come alive again – in my own way and from there I began to see what it might be, then it was all about who could put things right and that’s when Kate Hunt came along…