In the blog tour for Secrets We Keep, back in February, I dropped into Linda’s Book Bag for a fun post all about ‘Secrets.’ Well, wouldn’t you like to know….

Here’s a link to the post where I’m talking about big knickers and Nanny Mc Phee! 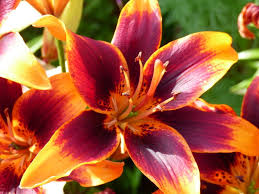 It’s an interesting title, I mean we all keep some secrets don’t we? Perhaps not all as far-reaching as those in my new novel, but we all have little secrets. I mean, they’re not actually lies or anything, but they are… vital to keep things on an even keel.

Take relationships, for example – marriage even.

I’m married to the most wonderful man – but I do think  our relationship is just a little bit better thanks to a little mystery, or if you prefer, a few small secrets that are worth keeping. I asked friends of mine, one of them married almost thirty years, what kind of secrets they kept from their other halves, here’s a taste of what they said.

The reason – men don’t understand basic Feng-shui – or at least not the hand bag version anyway – you know, throw everything in, close it up and then presto, when you open it you can’t find what you’re looking for. Weknow of course that this encourages us to constantly re-organise.  Re-organising your handbag involves going back to scratch – emptying everything out systematically until you find the said missing item and then dumping everything back in again.

Actually, most men are afraid to look inside your handbag and the ones that aren’t are either a little thick or have an inner handbag fetish. The effect of explaining this to any man results in red face, awkward stammering and the bag being throw down immediately.

Now, before we lose the run of ourselves here, we’re talking spoonful’s of revenge – not full on ‘Bobbit’  style vengeance. I mean, is there so much wrong with hiding someone’s car keys after they insulted your driving? And which of us would have really blamed Mrs Woods for smashing Tiger’s clubs over his head in a fit of rage? (Okay, well, that might be a bit extreme,) but you get the idea. In Secrets We Keep one woman gets her revenge in the sweetest way she can think of and I’ll bet you’ll be cheering her when she does!

Yep, you’ve got it, store those big knickers at the bottom of your drawers. Big knickers are a vital weapon in every woman’s armoury. It doesn’t matter how big or small your tummy looks to others, Generally to us – well, it’s going to feel like Scafell Pike, if we have to attend one of his work do’s and we’re expected to mingle with all those bright young skinny things from his office.

It was unfortunate that he turned up to your first date wearing a mustard jumper with elbow patches and corduroy trousers that were two sizes too big. It was understandable that your friends might have called him Victor Mildrew to begin, but it was all a long time ago now and best forgotten. You don’t really want to hear that his friends called you Nora Batty or Nanny Mc Phee, do you?

Yes, I think some Secrets are definitely worth keeping!

Faith Hogan was born in Ireland where she lives in the west with her husband, children, a very fat cat called Norris and a selection of (until recently!) idle writerly mugs and cups. She gained an Honours Degree in English Literature and Psychology from Dublin City University and a Postgraduate Degree from University College, Galway.  She has worked as a fashion model, an event’s organiser and in the intellectual disability and mental health sector.

She was a winner in the 2014 Irish Writers Centre Novel Fair – an international competition for emerging writers.