This was a stop on the My Husbands Wives tour at the launch of the Trade Paperback – thanks again to Writing.ie for having me back again! Did I mention that it’s a great resource if you’re thinking about putting down a few words??

Finding my Inspiration: My Husband’s Wives by Faith Hogan

And here’s the post, just in case those internet fairies are up to their old tricks again…

Finding my Inspiration: My Husband’s Wives by Faith Hogan 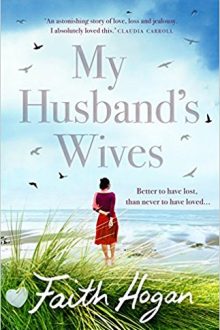 Probably the most asked question of a writer is – where do you get your inspiration? And the most annoying answer is ‘Everywhere.’ If you’re just sitting down to write your first novel, I know, there’s so much already coming at you in terms of what to write, what not to write, what’s popular and what’s been done to death already.

It is true, we are surrounded by ideas! Mention you’re a writer and people just throw them at you. I couldn’t tell you the number of times people have said, ‘do you know what would make a great story?’ And they have it. All there, ready to go. And, they’re right. It probably would be a great story, and yes, we’d all love to write that story for them, but the truth is, we need to write our own story. Honestly, I’ve been sold on so many plots and characters over the years, but unless they’re coming from within – really, I know, I’ll lose heart after a couple of thousand words. You have to believe in what you’re writing to sit down for a hundred thousand words because it’s a lot of time to spend with a story in your head!

There are stories everywhere. Perhaps, they’re not obviously nudging you to write, but I defy you to take any newspaper headline and sit with it for a few minutes. Drum it about in your head for a while and then let rip with a pencil and paper. It’s the ‘what if,’ factor. The idea that reality as we know it can be turned on its head and instead of a queen, we have a king, instead of the desert, we have the sea, instead of the sun, we have the stars. You see, it’s endless. 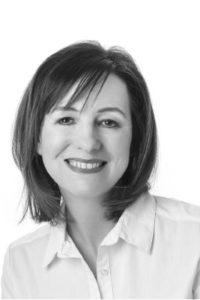 In many ways, most stories are already out there. There are a million murder mysteries, a million girl-meets-boy, a million how-to books – the thing that makes them different is what you bring to them. So, here’s what I’d suggest, if you’re looking for inspiration:

Yep, sit in a coffee shop and open your eyes, listen to the people around you, gaze out the window and relax, let it wash over you and learn – because good books are about real people, with real voices and everyday complications. Why do you think writers write in coffee shops?

Or a magazine, or just keep up to date with what’s happening. Sometimes, a line as simple as newscasters throw away remark can be enough to spark your imagination. It’s okay to let it sink in and fester, the longer you ruminate, the more you make it yours.

Go for a walk:

The best inspiration comes uninvited, a summers’ day, the birds singing, a dog barking at an angry man… you see, already you’re wondering if the man stole his Frisbee or murdered his master!

Take down a book of Quotations:

And lose yourself indulgently in them for an hour. You’ll be inspired with more than just story ideas at the end of it and you’ll walk away enriched and energised.

What has moved you? To tears, laughter, love or fear – think about it. We all react in similar ways. We may be less invested in your happiness or fear because we don’t know about it or about you – but throw it onto a character we’ve grown to love… then you’ve hit the magic formulae.

Don’t be afraid to look around you!

We are visual people. Sometimes, the best inspiration comes from looking at other people, their clothes, their body language, their actions. I love it when I see things that don’t quite fit – an action that is outside what you expect from the words a person uses. Something that jars – it’s always a pleasant surprise to the creative mind!

Go watch a movie or a play, read a book, do something that isn’t searching. Later, critically evaluate the experience. What did you like? What grabbed you? What didn’t work for you? Seriously –did they have to kill the hero in the end? It’s all learning and when all is said and done, writing is a craft as much as it’s a talent. The most talented writers improve over time, they learn more as they go.

A no brainer, really, but writers read! I’ve always been a writer, but I couldn’t imagine settling into writing if I wasn’t a reader. Back to the craft again! There are conventions within genres, expectations, unwritten rules, if you like and while great writers can break these rules – you need to know them first!

There are many would-be writers, artists and musicians who wait for inspiration to strike, honestly, there’s never a good time to start. If you’re reading this, waiting for the muse to fly in through your window, the bad news is that you could be waiting for a very long time. So, go on, if you are still uninspired, start with ‘Once upon a time…’

About My Husband’s Wives:

Paul Starr, Ireland’s leading cardiologist, dies in a car crash with a pregnant young woman by his side. United in their grief and the love of one man, four women are thrown together in an attempt to come to terms with life after Paul. They soon realise they never really knew him at all. The love they shared for Paul in his life and which incensed a feeling of mistrust and dislike for each other, in his death turns into the very thing that bonds them and their children to each other, forever. As they begin to form unlikely friendships, Paul’s death proves to be the catalyst that enables them to become the people they always wanted to be.

Faith Hogan lives in the west of Ireland with her husband, four children and one very fussy cat.  She has a degree in English Literature and Psychology, has worked as a fashion model and in the mental health sector.
You can find out more about Faith on her website www.faithhogan.com